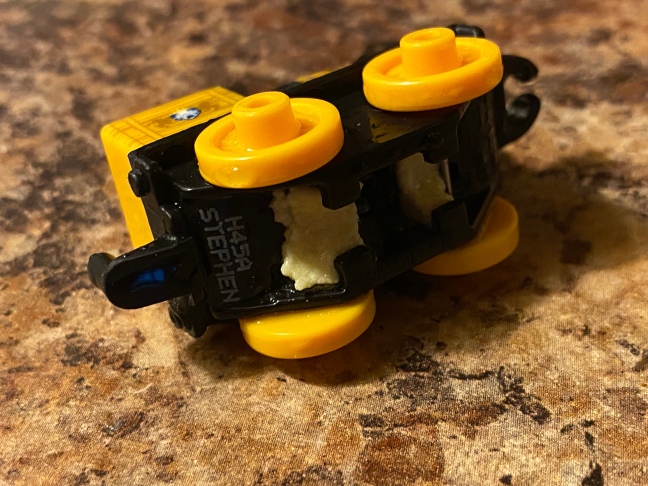 TERRE HAUTE, Ind. (KNN) – A Terre Haute dad says it took 20 minutes in surgery to save two of his son’s toys.

Chris Essex says two of his four-year-old son Alex’s Thomas Mini toys had Play-Doh stuck inside of a notch area. He says the Play-Doh had been there for a while, but Alex received a new Thomas set that used those notches to make them go.

“So, basically, I had to operate to make them both usable on the new set,” Chris told us. “Without the Play-Doh removed, they wouldn’t have been usable.”

Chris said he operated on Alex’s toys after he went to bed using warm water and a butter knife.

“So, the majority of the operation involved soaking the two toys in warm water. Using this process allows the Play-Doh to soften. Using the knife I performed several scraping motions to safely remove it,” Chris told us.

He told us the Play-Doh removal procedure process is often times thankless, with Alex jamming more into toys the next time him or his wife get it out.

“This morning, I actually had to get some out of a die-cast metal car. He jammed it in the openable doors,” Chris said.