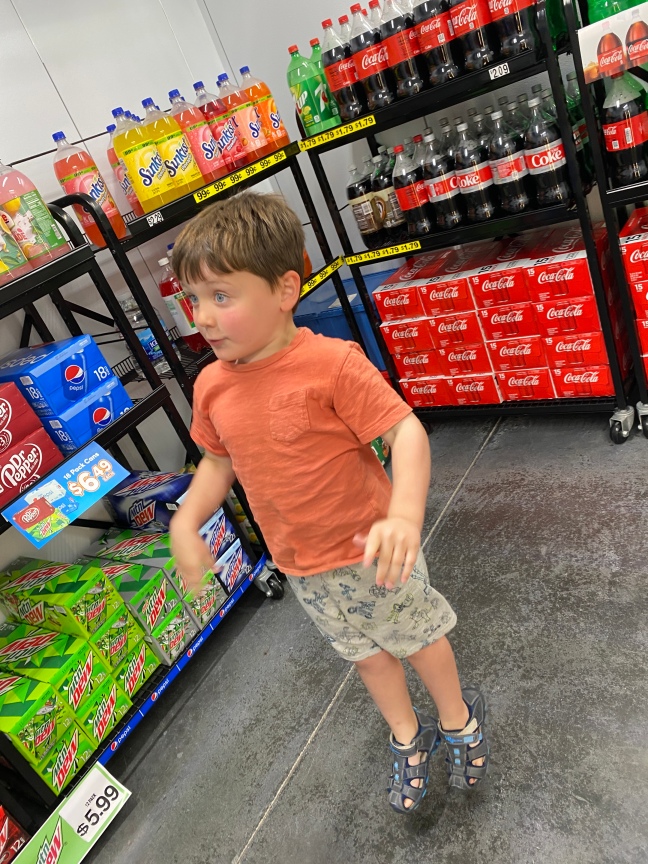 VIGO COUNTY, Ind. (KNN) – A Terre Haute four-year-old was both shocked and excited when he learned a local gas station had a walk-in fridge with drinks.

It happened during a rare trip inside of a gas station for Alex Essex.

His parents, Chris and Ami Essex, say they will usually just pay at the pump when getting gas, leaving Alex in his car seat.

“We all wanted a snack, and we needed gas. We decided to let him come in with us to pick out his snack,” Ami said,

Alex reportedly first chose SunChips, which his family immediately talked him out of.

“We walked back to where the drinks are…and that’s when he saw the door to the walk-in. He looked up at me and asked if he could go in,” Chris told us. “I told him he could. He was way way excited.”

Alex started jumping up and down.

The fridge was stocked with things like two-liters of soda.

Alex has been talking about the gas station fridge since the family left, asking if all gas stations have fridges like that.