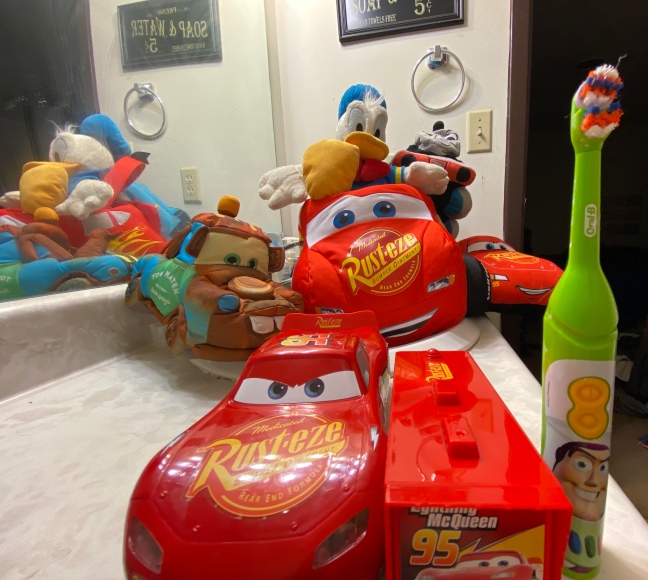 TERRE HAUTE, Ind. (KNN) – A Vigo County four-year-old brought quite the collection of stuffed friends while pooping on Thursday evening.

Parents say four-year-old Alex lined them up on the bathroom sink and then demanded the parents leave the bathroom.

As soon as we helped position them on the counter – he kicked mom and dad out.

Alex has a history of wanted to bring a stuffed friend…or a box of bandaids to watch him while he uses the bathroom. Historically, Alex has had Mike and Sully from Monster’s Inc. watch him in the bathroom.

“We went through a stage of having to stand in there while he went…because he was throwing things in the toilet. So I think this is kind of a carry over from that,” Alex’s mom Ami said.

Chris and Ami say it is harmless for now.

“Last night, he was farting and counting farts while in the bathroom…so maybe they were helping him count?” Ami asked.

When we asked Alex about his reasoning, he didn’t have a comment.