VIGO COUNTY, Ind. (FTN) – A Terre Haute toddler was busted reportedly flirting with a grown woman sitting on a bench…on the other side of a restaurant window.

It happened at Los Tres Camino’s Mexican restaurant on the city’s east side earlier this week.

Parents say three-year-old Alex Essex was sitting in a window area when he noticed the adult female sit on a bench outside.

“We were eating…I think she was smoking. I’m not sure,” Chris, Alex’s dad said. 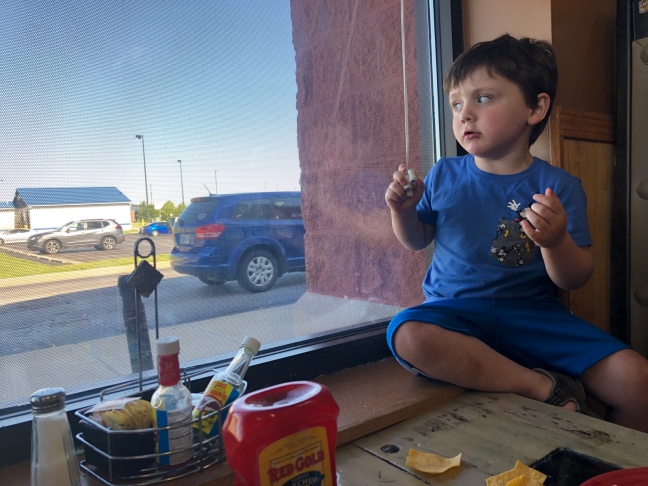 That is when the toddler reportedly started saying ‘Hi’ over and over, trying to get her attention…at one point trying to offer her a tortilla chip.

“He was being shy about it too. Like kind of hiding his face…with these shy, sweet smiles he does,” Alex’s mom, Ami said.

Chris told FTN Alex was quickly able to move on after Ami offered him a bite of cheesy rice.