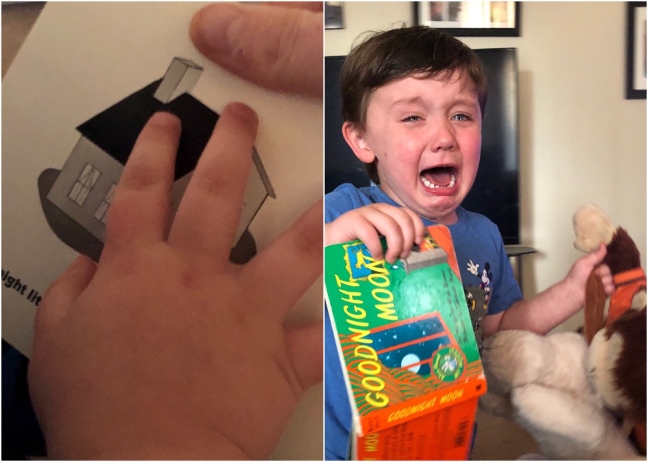 Alex’s dad Chris says the last minute addition of the book led to the issues.

“We’ve read it a ton of times…but it has been a while. We got to the page with the house by itself in black and white…and he quickly became scared of it. It was cute. I felt bad, but it was kind of adorable, his initial reaction,” Chris said. 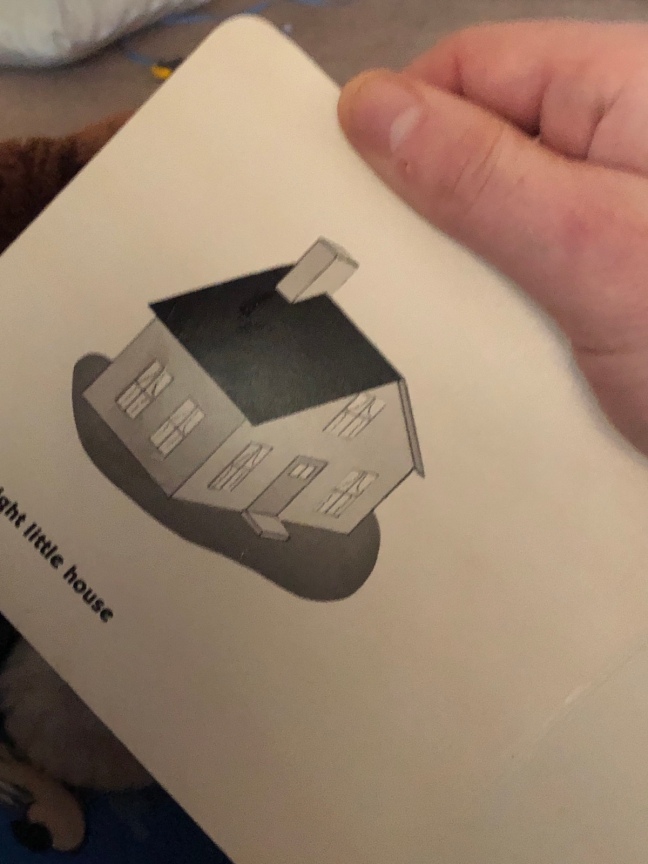 Chris, and his wife Ami were able to calm Alex down enough to get him in bed and asleep.

“He was fine until a little after midnight,” Chris said. “I have an injured foot, so Ami went to take care of him.”

That’s when Ami said the toddler started to cry, saying ‘Anya standing on the house.’ Anya is the family dog.

“He was upset. Anya was standing on the house from the book. That’s what he said his dream was, he wanted his dad…so we went to our room,” Ami said.

That is where both parents snuggled and sand songs with Alex to calm him down. They said ultimately, it took some face to face time with Anya to truly calm him.

“We were walking back to his bed when he started freaking out about Anya being on the house again. We had to let Anya and Alex have a few minutes of play time, to show she was okay,” Ami said.

Soon after, they sang the classic song Twinkle Twinkle Little Star, and Alex went back to sleep.

It’s unclear at this time if the fear will continue on through the next day, but parents say they will be supportive.

“I explained to him, it’s okay to be afraid…it’s nothing to feel bad about, it happens to all of us…but mommy and daddy will protect you,” Chris said.