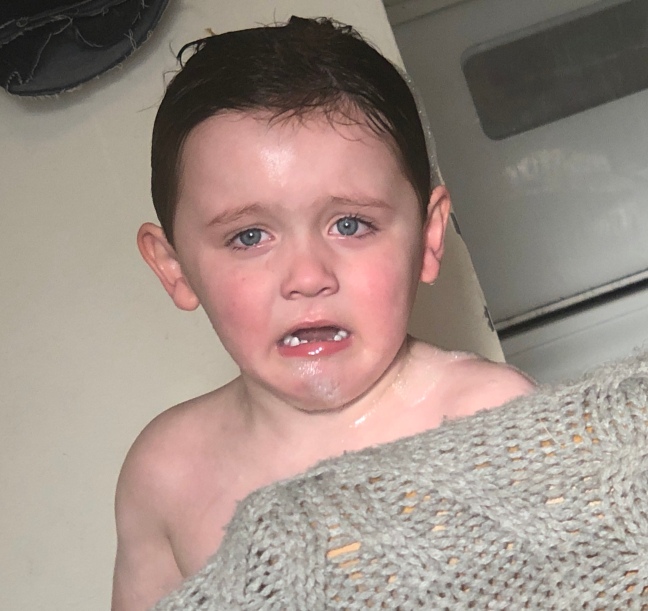 TERRE HAUTE, Ind. (FTN) – A local dad says he was attacked by his naked toddler, right after the three-year-old bailed on his bath.

It happened over the weekend in Terre Haute.

According to Chris Essex, it started when Alex Essex’s mom, Ami, told him he wasn’t allowed to have a stuffed animal in the bathtub.

“I was at the kitchen table…doing something on my iPad when I heard him make the demand…and she told him no,” Chris told us.

He said Alex didn’t take that ‘no’ very well.

“He bailed on the bath and ran in there to me, looking for me to take his side…when I took Ami’s side, he had a temper tantrum,” Chris said.

That is when Ami told us she witnessed the attack.

“He was naked…he still had bubbles in his hair when he rushed his dad to hit in protest, Chris stopped the attack…but it was a mess,” Ami said.

Chris said he was covered in bubbles.

Alex faced five minutes of time out for the attack.