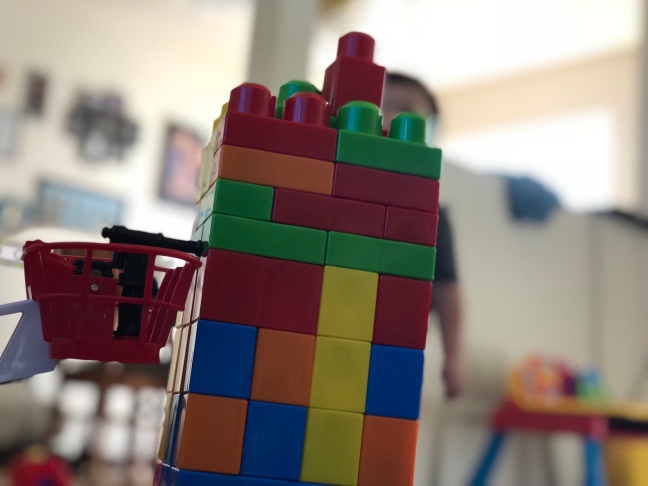 TERRE HAUTE, Ind. (FTN) – Construction is complete on the tallest Megablock tower ever built in the living room.

A Terre Haute dad wrapped up the project on Sunday.

34-year-old Chris Essex began construction on the tower around 4:30 Sunday afternoon, it was done by about 4:45.

“It was awesome. I used every Megablock in the set of 100 to build it. It was about 14 levels high,” Essex said.

The tower was multicolored with several support layers built in for added stability.

“Basically I did a rectangle design, with a support layer ever five rows or so. I wanted the roof to be flat, but I had a few blocks left over, so I decided to just tack them on top,” Essex said.

The tower stood for a reported 10 minutes before it was demolished by two-year-old Alex Essex.

This is reportedly a record amount of time the tower was allowed to stand.

“Usually you have minutes…if that. Most of the time it’s gone before it finish. But I think my wife keeping him busy while I wrapped up construction really helped,” Essex told us. “We will keep building. Soon after that demolition we built this awesome bridge holder. You’d have to see it.”

The Megablocks came to the living room via a donation from a coworker who found them in her closet.