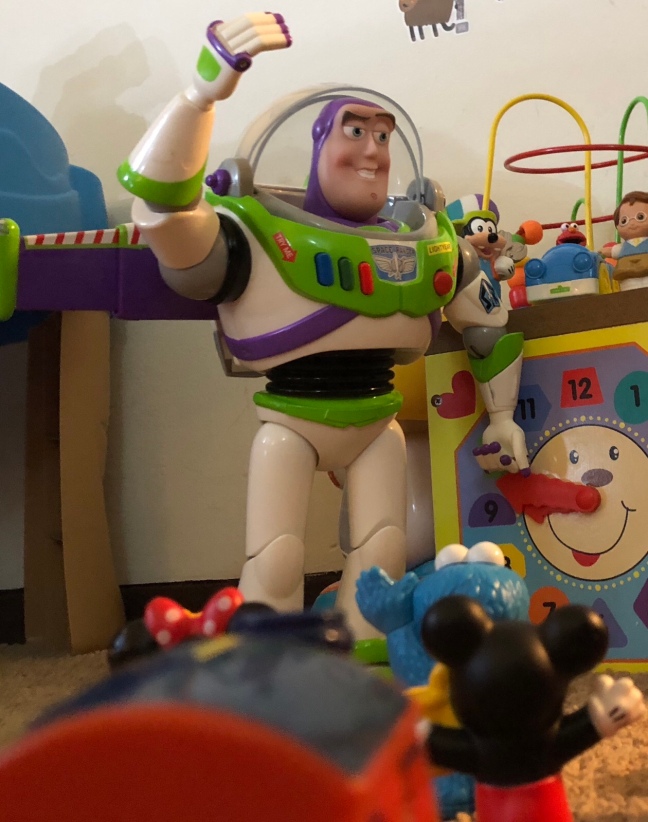 VIGO COUNTY, Ind. (FTN) – A new toy is throwing his helmet in the ring for the sheriff race.

On Sunday, in a surprise announcement, Buzz Lightyear announced his intention to run for sheriff.

It’s a position Sheriff Woody has held unopposed for over a year.

Lightyear is a newcomer to the toy scene in the Essex house.

He made the announcement in front of a group of Little People.

“I’ve crash landed on a strange planet…the crash landing must have awoken me from hyper sleep,” Lightyear told the crowd of supporters.

Many toys in the living room feel a change needs to happen.

This is after Mr. Potato Head faked his own death, was caught, but then escaped with a Sheriff Woody impersonator.

“We get out there and do our best everyday. The Mr. Potato Head escape is something that not only haunts me everyday…it’s something that I intend to fix. We will continue keeping the toys of Alexander Essex’s bedroom safe.”

Coming up later this week, we will have an exclusive one on one interview with candidate Buzz Lightyear.

In the interview, he discussed the way Woody acted on the set of Toy Story and why he doesn’t think he should remain in the sheriffs office.

The special election is set for later this week.