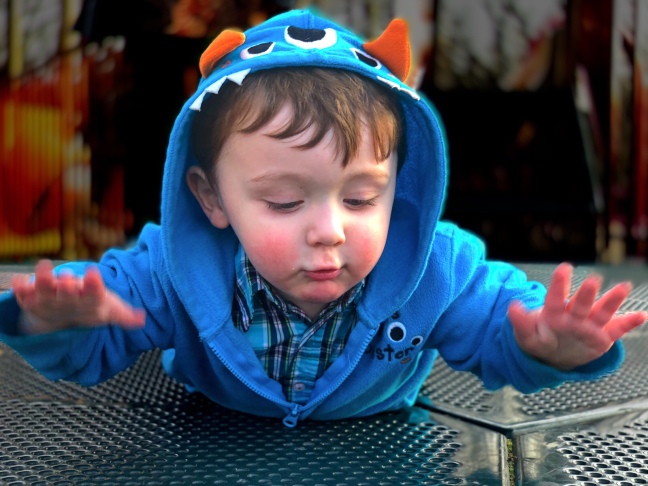 TERRE HAUTE, Ind (FTN) – A Terre Haute toddler was detained after trying to steal every ball from the playground.

His parents say it started around 4:30 Saturday afternoon at the Deming Park Playground.

That is where one-year-old Alexander Essex allegedly tried to steal a ball from another small child.

“He saw the boom-boom…sorry. Sometimes he calls a ball a boom-boom…he saw the ball when another little boy was carrying it when he ran up a ramp. Alex thought he needed it,” Ami, Alex’s mother said.

That is when his parents told him no…and a melt down soon followed.

“He did that thing toddlers do…you know, flop down on their back…hit their head. Make themselves even more mad. Yeah. All of that,” Alex’s father Chris said.

Ultimately the couple decided to steer him toward the other side of the playground, where a different ball emerged.

“We thought we were in the clear. We were wrong,” Ami said.

That’s when Essex was escorted off of playground property by his parents. He was restrained in his car seat until police arrived.

“It’s attempted theft,” Sheriff Woody said. “You can’t just take another kid’s ball. His parents did the right thing. Ultimately we decided to release him into the custody of his parents. He learned his lesson.”