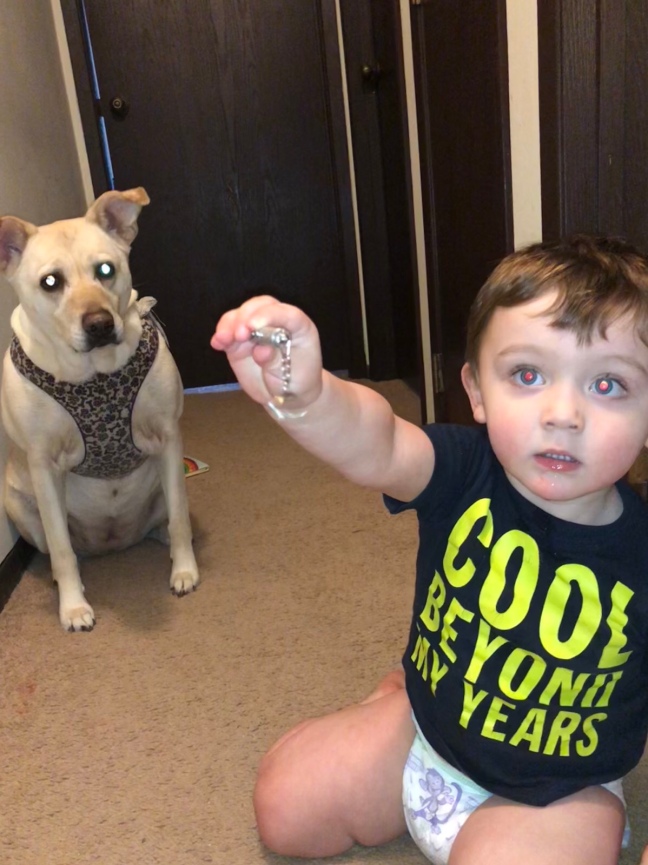 VIGO COUNTY, Ind. (FTN) – An area toddler is facing criticism after he accused of trolling the dog with a broken laser pointer.

It started Thursday morning in a southern Vigo County apartment.

According to witnesses, one-year-old Alexander Essex was able to get his hands on the laser pointer after his father determined it wasn’t working.

“I am sick, I have the flu…I figured the laser pointer was a great way to entertain Anya (the dog) and Alex with minimal effort. When it didn’t work, I set it down and Alex grabbed it,” the boy’s father Chris said.

Experts say dogs are smart enough to identify objects by only the sound, and that was the case here.

“Anya kept chasing him in circles around the kitchen table, while he had this evil laugh. He knew what he was doing,” Ami, Alex’s mother told us.

“It was just old fashioned trolling…I’d be lying if I didn’t say I snuck a laugh,” Sheriff Woody told us in a statement.